Auto Save feature saves your content automatically, every few minutes to reduce the chances of data loss.

Note: This feature is available only in the Enterprise Editions of PHPKB software. 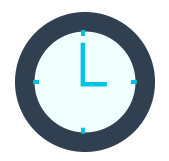 PHPKB software automatically saves a copy of your article at a regular interval of time to reduce the chances of data loss. Autosave is a safeguard in case you accidentally close the page you are working on, move to a new page or mistakenly walk away from your current session. For example, suppose you get a sudden call and you move away from your desk in the middle of creating a new knowledge document. An hour later, when you come back to your desk to find your session has timed out. In such a scene, you can recover your data from the autosave draft.

Why autosave feature is an advantage for any organization?

Autosaved drafts for new knowledge items (article/news) are saved under Autosaved Drafts section, from where either they can be recovered or permanently deleted.

PHPKB displays autosaved drafts for existing articles on the top of the screen, when you open an edited but unsaved existing article. You can preview, delete, or resume editing the draft. All the previous draft versions are removed by software when you update the article.

The autosave will save the changes every two minutes by default. However, there might be situations where you wish to change this interval. For instance, if you don't want to take a risk of losing any edits to a knowledge item, you can decrease the auto-save interval so PHPKB saves them more frequently. Alternatively, if you have a slow internet connection, you might need to increase the interval so your browser does not get slow as frequently when PHPKB saves a draft. You can change the interval from “Autosave Settings” available under Miscellaneous Settings.